In 2015 four QEII National Trust protective covenants, collectively known as Mahu Whenua, were placed over 95% of the land that makes up four former high-country sheep stations between Wanaka and Arrowtown. Covering 53,000 hectares, Mahu Whenua is the largest ever conservation effort on private land in New Zealand, and Arrowtown is the only residential area bordering it.

The name Mahu Whenua means ‘healing the land’, reflecting the desire of the leaseholder, Soho Property Ltd, to return the landscape to its natural state after many decades of destructive sheep farming. More than a million native trees, flaxes, shrubs and grasses have been planted and native birds have returned to the destocked hills. Weka and pukeko have been introduced in predator-proof bird enclosures. There is a robust programme to keep wilding conifers in check so that the natural ecosystem can regenerate.

Public access is an important part of Mahu Whenua. In addition to the creation of the Motatapu Track in 2008, more than 20 tracks for walking and mountainbiking are being either upgraded or built from scratch.

The Arrowtown Promotion and Business Association has been working with several community groups, including the AVA, to create an eco centre near Bush Creek that will tell the story of the unique ecology of Arrowtown’s landscape and of the work of Soho Property and the QEII trust to restore the land. 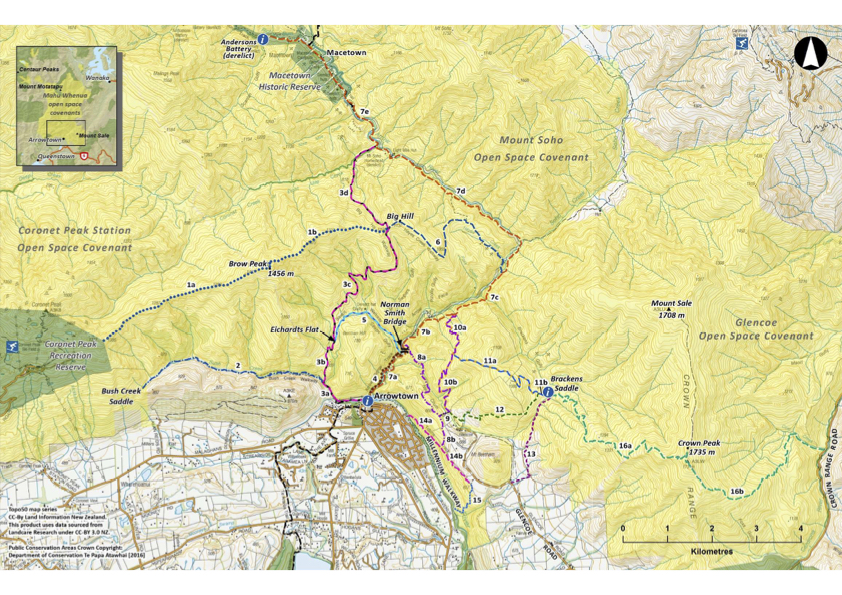