Over a decade’s worth of monitoring by Otago Regional Council has shown that while in summer the quality of the air in Arrowtown is among the best anywhere in New Zealand, during winter it is the worst. This pollution is almost entirely composed of woodsmoke from home heating.

The impact on our health is considerable. Of about 650 deaths and same number of hospitalisations a year in New Zealand attributed to particulate matter (PM) exposure, in the South Island over 80% is related specifically to wood smoke.

Not everyone is equally vulnerable: some people can be exposed to smoke over many years and never notice any ill effects. But others have serious vulnerabilities. Children of all ages, but especially infants, are vulnerable, as are foetuses. Anyone with respiratory and cardiovascular health problems may also find their conditions worsened by air pollution.

Community Observation Networks for Air, or CONA, is a NIWA research initiative that explores how enhanced monitoring, and monitoring inside homes in particular, can help reduce emissions. NIWA brought the CONA project to Arrowtown in 2019.

Dr Ian Longley and his team distributed prototype ambient air quality sensors (ODINs) in a grid across the town. The data captured last winter was intriguing, to say the least. Ian was able to say:

The monitors may be able to identify parts of town with persistently abnormally high emissions (“gross emitters”) and quantify their impact. One such area has already been identified, and this will be the subject of further analysis. Obviously eliminating gross emitters will reduce the pollution. Last year Otago Regional Council identified 89 smoky chimneys in one week and contacted the home owners to offer them a subsidy to replace their fires with more efficient ones. In March 2020, ORC estimated there were still 70 non-compliant fires in Arrowtown.

NIWA has installed more ODIN sensors this year. We now have a sensor every 100m, giving Arrowtown what is believed to be the world's densest air monitoring network. They are also looking at the effectiveness a number of technologies from the simple (open your windows to air the house during the afternoon) to the sophisticated (indoor air cleaners and HRV). You can get involved yourself by volunteering to host a sensor, and also by downloading the NIWA Citizen Science app and participating in the Wood Smoke survey.

If we are to achieve really clean, healthy air, a radical response will be required. New, stricter air quality standards are proposed that would see Arrowtown go from about 20 exceedances per year to more than 70. To meet such a standard, our emissions would need to drop by 80% – and currently they are dropping by just 4–5% per year. There is much more work to be done. 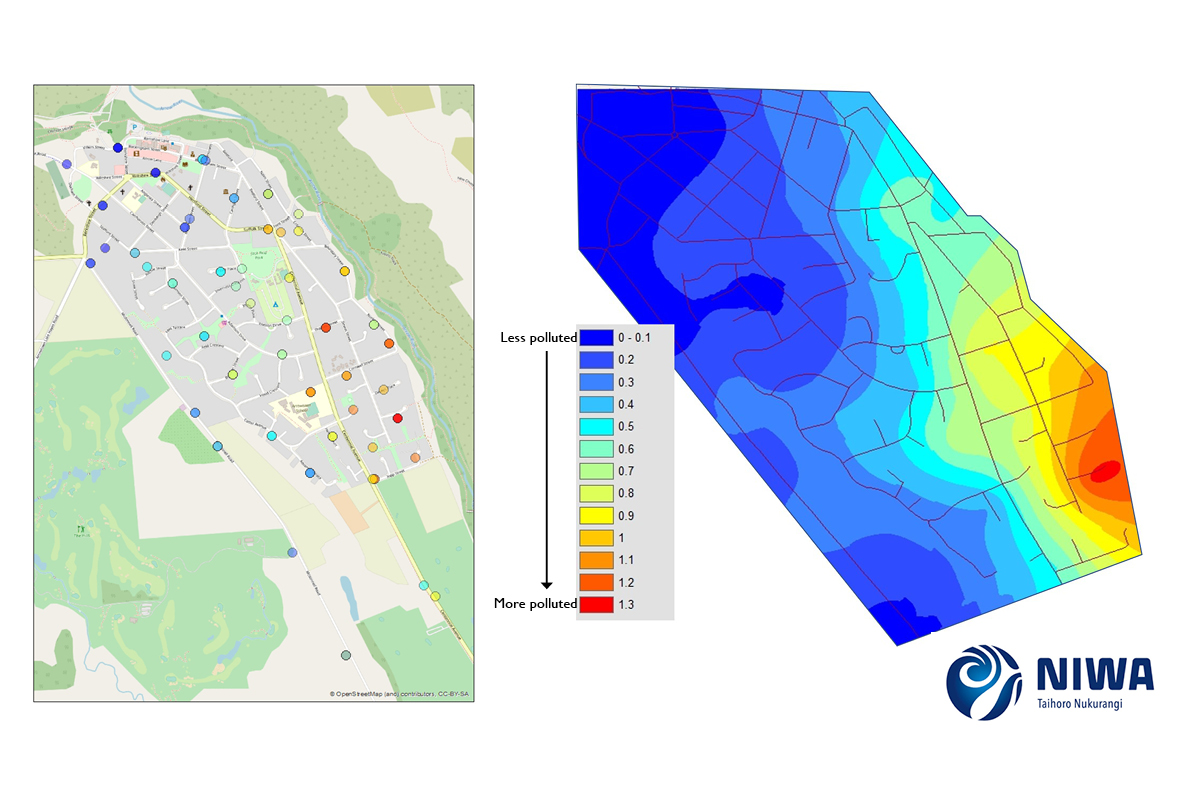