Arrowtown currently has its own dedicated QLDC councillor. That’s very unusual for a town this size as the population within the current ward boundary is below the threshold to automatically get a councillor. It is only the very special nature and character of the town that make this acceptable to the Local Government Commission.

Every six years the commission reviews the electoral boundaries in consultation with local councils, and QLDC is presently seeking submissions from residents on the issue.

There are four options on the table for Arrowtown:

This retains the current ward boundary and one elected councillor.  This is not compliant and will require justification to the Local Government Commission.

This removes the need to refer the decision to the Local Government Commission.  However, it could dilute the argument that Arrowtown is a special community of interest.

Expand the Arrowtown Ward to include Millbrook and McDonnell Road through to SH6. This is not fully compliant and will require referral to the Local Government Commission. However it does retain areas that are more traditionally considered part of Arrowtown. 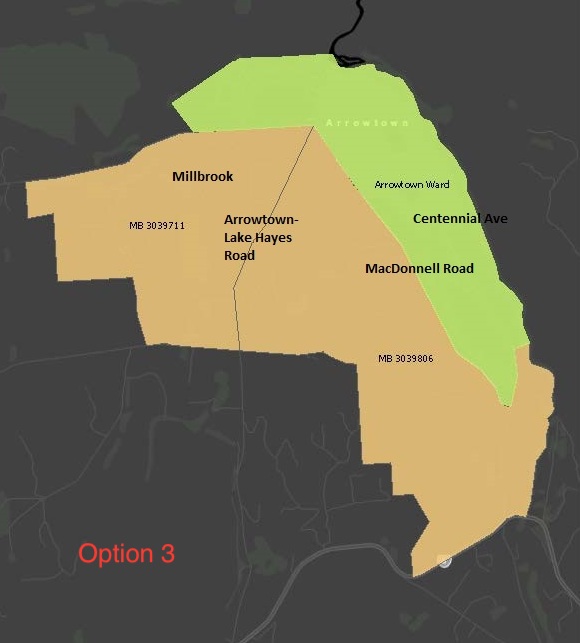 Seven Councillors could be elected under this option.  It recognises that most Arrowtown residents use the shopping, leisure and cultural facilities in the wider Wakatipu basin and many work in Queenstown. This option is fully compliant and would not require referral to the Local Government Commission.

The AVA has already submitted in favour of the status quo, but we urge you, whatever your view, to make your own submission. If you’re in favour of Arrowtown having its own representative be it under the status quo or with an expanded ward, the more support residents give Council, the better this will assist them in making its case to the LGC. If you think Arrowtown residents would be better off with seven councillors answering to them rather than just one, then let them know that too.

Submissions, which close at 5 pm on Monday 16 July, can be made online or by email.